Her friends are busy studying, working and planning their futures. However, 20-year-old Lauren is battling Stage 3B melanoma, undergoing immunotherapy treatment to potentially save her life, and says she feels like people don’t really understand how deadly this cancer can be, and what she is going through. 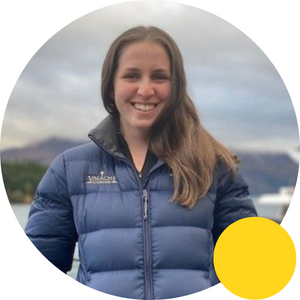 Lauren gets upset when people tell her she’s strong, as she says she doesn’t have a choice but to cope.

Lauren was happy working with horses as a stud hand last November when her world was turned on its head. She had a mole on her leg which she had noticed getting bigger last year. “I wasn’t really aware of melanoma, or that it can be life threatening,” says Lauren. “I was more embarrassed by the mole than worried about it; it looked ugly and was itchy and bleeding, and I was pretty self-conscious about it.

“Thankfully one of our friends who lives down the road is a skin specialist, and Dad told me to get her to have a look at it. I didn’t want to bother her, but I am so grateful that I did. She told me to get it removed, and I ended up with a long and pretty horrible scar that got infected, but I was relieved to finally have it gone. About a week after I’d had it removed, our specialist rang me while I was at the gym to say that the results had come back, and she wanted to come around to see me at home. I remember her asking if my mum and dad would be there.

“I was in denial when she told us that it was a melanoma; I really didn’t think it was an issue, figuring it was just something that was taken off and that would be the end of it. I didn’t know how serious melanoma was, and even reading about it the next day, I still wasn’t that phased.

“However, we got the results on New Year’s Eve that the cancer had spread to one of my lymph nodes and I was stage 3B. I was really shocked as I didn’t think it would have spread. I was given different options by specialists at the time, including getting a complete groin dissection and removing all my lymph nodes. I was warned this could potentially leave me with lifelong complications and did not improve overall survival.

“My mum had looked into immunotherapy treatments like Keytruda but it isn’t funded for Stage 3 melanoma. The scary thing is, Stage 3 melanoma has a high chance of coming back and spreading to other parts of my body, and Keytruda can potentially reduce the chances of that happening, but it is just so expensive. I really struggled with the decision as to whether to have it or not, as I didn’t want to put my family through such a massive financial burden. I’ve now had two treatments with Keytruda, and have about another year or so of treatment in front of me; it’s going to cost my family all up well over $100,000 for the drugs and other costs.

“I feel so guilty about how much it is costing. I have my dark days when I think that it would actually be a relief to have Stage 4 metastatic melanoma so my parents wouldn’t have to pay for it, and I could potentially get it funded. But my family have been incredible, reassuring me that they will do anything to give me the best chance of living. It does seem ironic though, that New Zealand has the worst rate of melanoma in the world, yet a drug that could help save the lives of people like me with Stage 3 melanoma, is not funded, so is not easily accessible.

“People’s reactions to my diagnosis initially were confronting,” says Lauren. “Some have brushed it off as there is such a huge misunderstanding about how deadly this cancer can be, and that it can strike people my age too.

“However, since I have shared my story, I have also received incredible support from so many people. There has been such an amazing response to our situation, and we have had so many people reach out by message, donating or sharing our story. Hopefully, it has also raised more awareness about melanoma and can potentially help someone else, which would make it all worthwhile. I am so immensely grateful to these people and can’t thank them enough.”

“I am trying to cope as best I can; there are people in worse situations than me. My advice to people my own age is that melanoma is serious, and it can happen to you too. Make sure you are aware of your skin and listen to your instincts. It’s important, no matter what your age, to get doctors to take your concerns seriously and check your spots properly with the right equipment – like a dermascope.”