Diagnosed with melanoma late last year, 59-year-old Wellingtonian, Andrea Savage recalls holidaying in Kerikeri with her family as a teenager, and getting so sunburnt that she could barely walk. 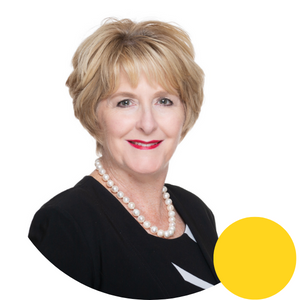 “I got terrible blisters from that particular sunburn, and I remember being in a lot of pain. My parents were furious, but at age 13, I wasn’t really aware of the dangers of the sun, and in those days, nobody really worried too much about getting burnt, and I certainly never thought twice about getting a suntan.

“However, I have the same type of skin as my mum, who was diagnosed at age 74 with a rare form of melanoma in her eye. She died 14 days after diagnosis. What I now know is that if a family member has a history of melanoma, a first-degree direct relative is at an increased risk of developing one themselves.

“I’ve got a lot of freckles and different bumps on my skin from decades of being out in the sun, and I had multiple sunburns growing up. In my twenties, I was a ballroom dancer, and used sunbeds to go brown, which, as we know now, are just so incredibly dangerous. About 5 years ago I had a biopsy taken from a freckle on the side of my leg. It was benign at that stage, but in October last year, I saw an advertisement about the signs and symptoms of melanoma, and realised that my freckle was changing, and it ticked a lot of boxes for being a melanoma. I went to my GP straight away and was referred to a specialist to have it removed.

“Ensuring people are aware about the signs and symptoms of melanoma is so important; seeing that advertisement has probably saved my life as it meant my cancer was detected early.

“When I arrived at my specialist appointment, I was sent to theatre straight away and had the freckle removed. Waiting for the results was really tough, and although I knew it was likely to be a melanoma, it was still really confronting to have that diagnosis confirmed.

“I was diagnosed with stage one Lentigo Maligna Melanoma which is more commonly found in elderly men on sun exposed areas, including on their heads and faces. I needed further surgery to ensure that all the cancer had been removed, and then I had to spend several weeks at home with my leg elevated so it could heal.

Andrea needed to have five weeks off work while her leg healed. “I was literally confined to my sofa and had to order readymade meals as I couldn’t stand in the kitchen to cook. It was pretty hard, but I got through it, and feel so fortunate that my melanoma was caught before it had spread.

“Since I was diagnosed, I have been to my skin specialist for a full body check and will be doing that regularly, along with checking my skin myself for any changes. Being aware of the risks of melanoma, and the symptoms, and ensuring that melanoma is detected early, are key to saving lives.”

“Despite being at a higher risk because of my family history, this disease can strike any of us, and growing up in New Zealand, we are all at risk of developing a melanoma. I hope by sharing my story, that I can help more people become aware of the need for regular skin checks to help prevent this devastating disease.

“The thing is, if this freckle had been on my hand, or somewhere more easily visible than on the side of my leg, I would have been more aware of it, and probably would have noticed that it was changing earlier. It is really important that we remember to get those hard to see areas on our bodies checked regularly; it might save your life,” says Andrea.

Tags: melanoma | Prevention | skin check
← Prev: I Am Just So Grateful That I Was In The Right Place At The Right Time Next: Cockies and Tradies Charity Golf Tournament →